This morning, through the narrow opening of our kitchen window, we saw, walking pass our backyard, someone who had left everything behind. They didn’t know their name (although they made up one in the spot to satisfy our immodest curiosity). They couldn’t really tell whether they were a man, or a woman, or a girl, or a boy, or anything in between, or anything beyond. They didn’t seem to recall belonging to any Homeland, nor having any other direction than gently moving forward; their steps leaving a graceful trace on the snow. They kept walking silently, looking pleasantly at the open sky, carrying nothing in their pockets, softly breathing the crispy morning air in, until they got lost in the distance. 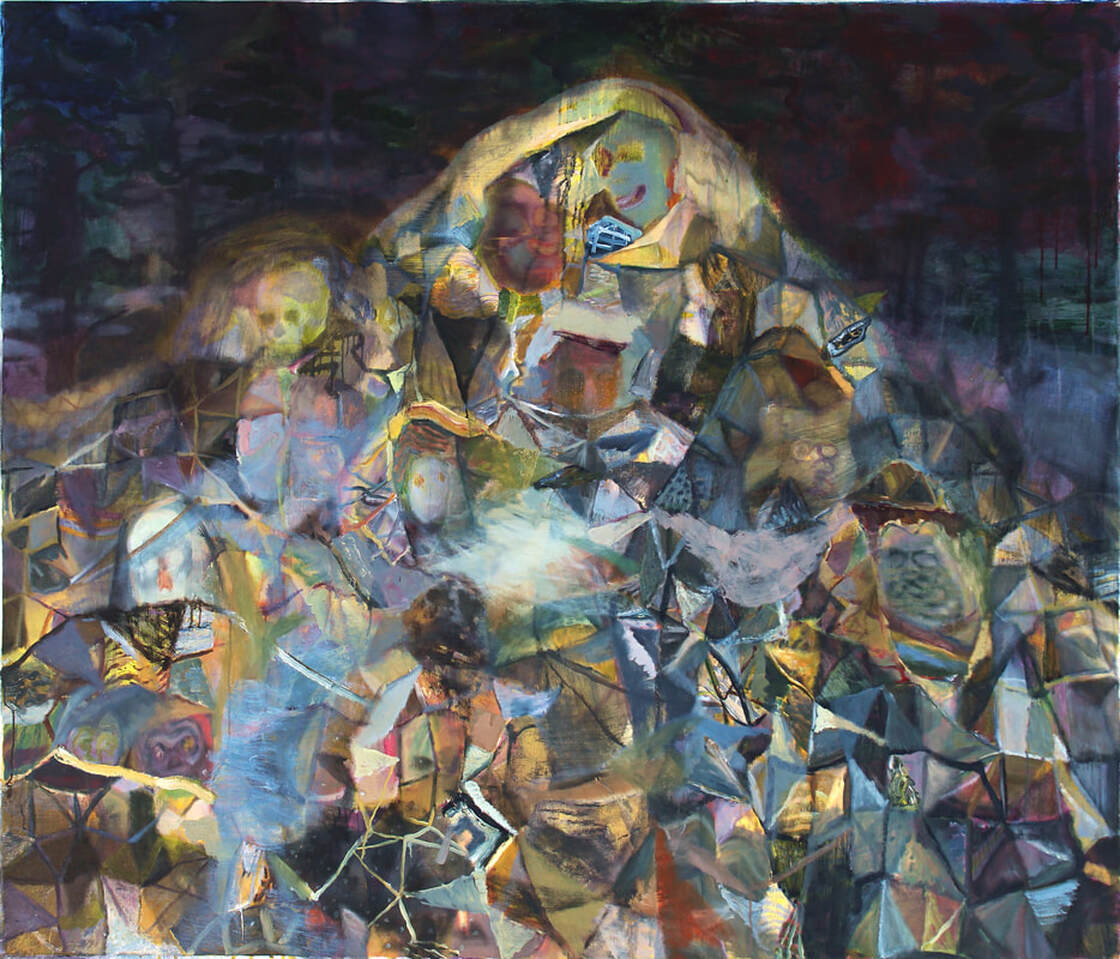 Raekallio's and del Val's current on-going series of medium to large-format oil paintings in collaboration Seres Apátridas [literally without Motherland] (2019-20) are populated by a bunch of strange characters -something cosmic and clowny in them- of whom even the artists know very little. The identity of these beings (nationality, gender, social status…) appears to have collapsed. They seem to move adrift, carrying a broken past, an uncertain future, and a brave, robust heart. Maybe these characters emanate a disquieting otherness, but also a distant affinity. They belong to no Kingdom. Some of them have found, in glittering space blankets, the warmth and shelter we all long for. Are these personages destitute refugees in need, impudent fellows putting on a show or truly spiritually awakened beings? 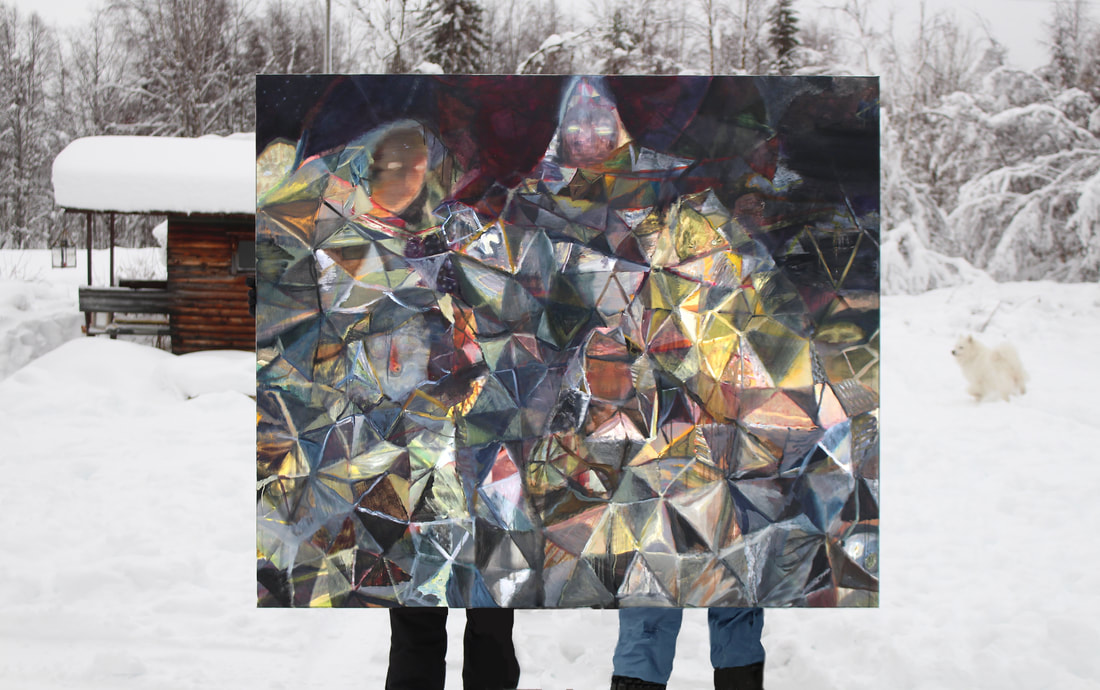