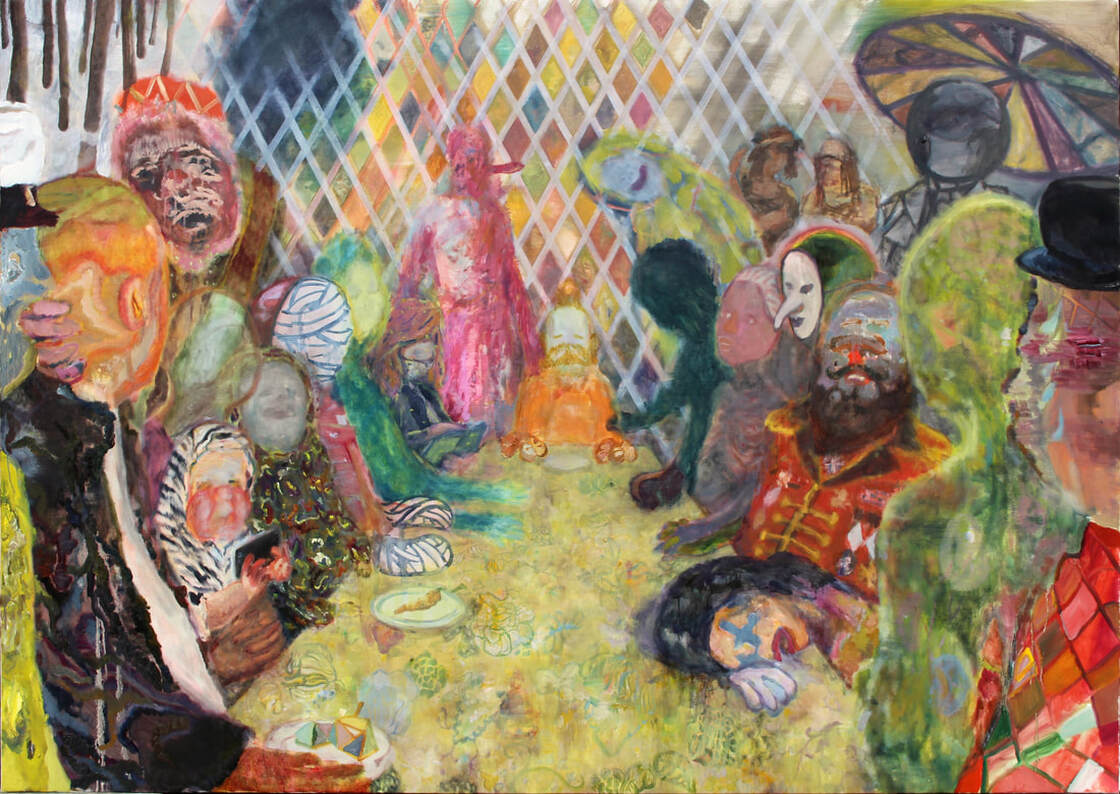 I crossed the arcade that separated my friend’s house from the normality of the world, pushed the hefty wooden door and I let myself into the warm ambience of the room. Inside, I found a heterogeneous and unruly bunch of characters of different constitutions, backgrounds, temperaments and species, sitting inexplicably around the same table. I stood for a moment at the doorway. No one seemed to pay any special attention to me. As I approached tentatively the table, I observed how everyone sitting around it looked comfortable in their own skin. This helped me also to soften up and relax, and so I allowed myself to be just what I was. I sat gently at the end of the table. Little by little my spirits lifted up, as the atmosphere of merrymaking, fancy and mischief of my fellow diners sucked me in.

​Serene and quiet, with my elbows leaning on the edge of the table, I understood the table as a living organism, and somehow as part of what I was. I grew fond of the other guests; I conversed and meddled with most of them and learned how everyone came from different families, quarters, countries, different walks of life, different planets, and how each of them had a different story to tell. I felt at ease amongst that miscellaneous mob. They were -we were- unique individuals, yet at that moment sitting at the same table we were all strangely alike. Touched by this observation, I looked back through the large glass window at the world of noises and smoke, words and minutes, credos and opinions waiting for me outside. 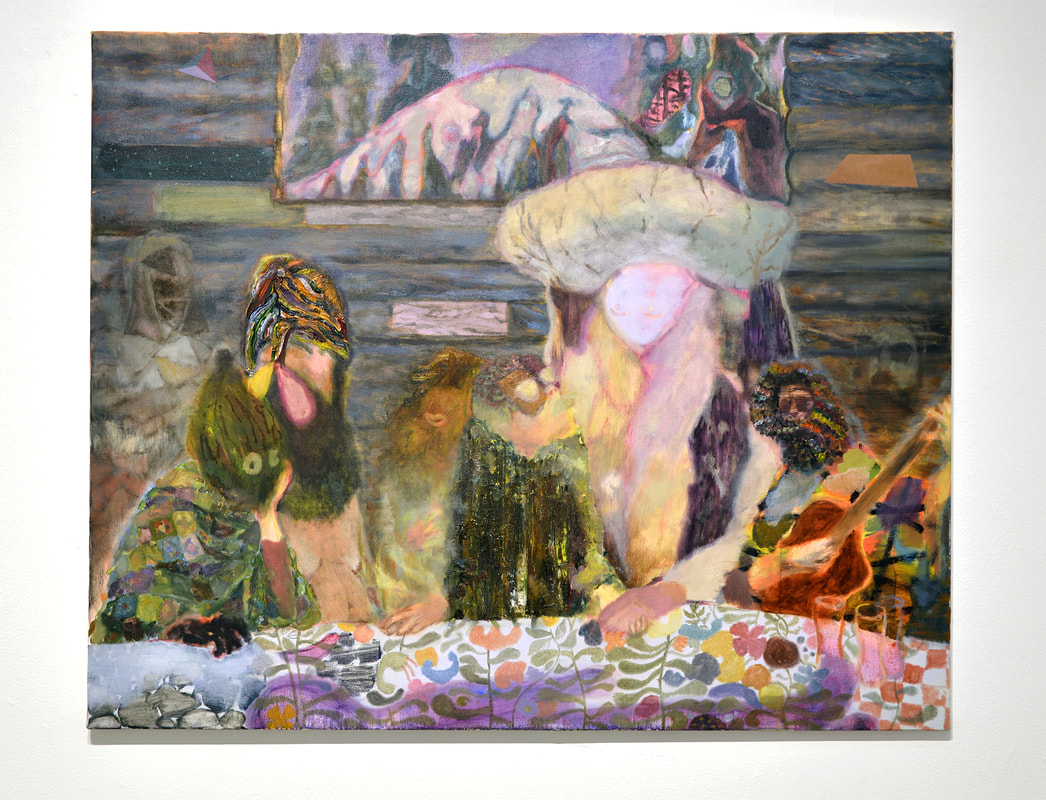 Raisa Raekallio (Kittilä, Finland) and Misha del Val (Bilbao, Spain) presented at Tm•galleria, Helsinki, their new series of paintings Uusi normaali 15.7. - 16.8.2020, created in collaboration between March and June 2020, at their aitta-studio in Lapland, where the artists live and work. Uusi normaali was the artist couple’s debut exhibition in the Finnish capital. The works, that incorporate elements from theatre, literature and religious traditions, and flickering glimpses of the Northern scenery, may be a reflection on how the artists themselves, despite their different backgrounds, upbringings and languages in Basque Country and Lapland, have found a reliable, comfortable place at the table to sit and come together: the arena of painting. 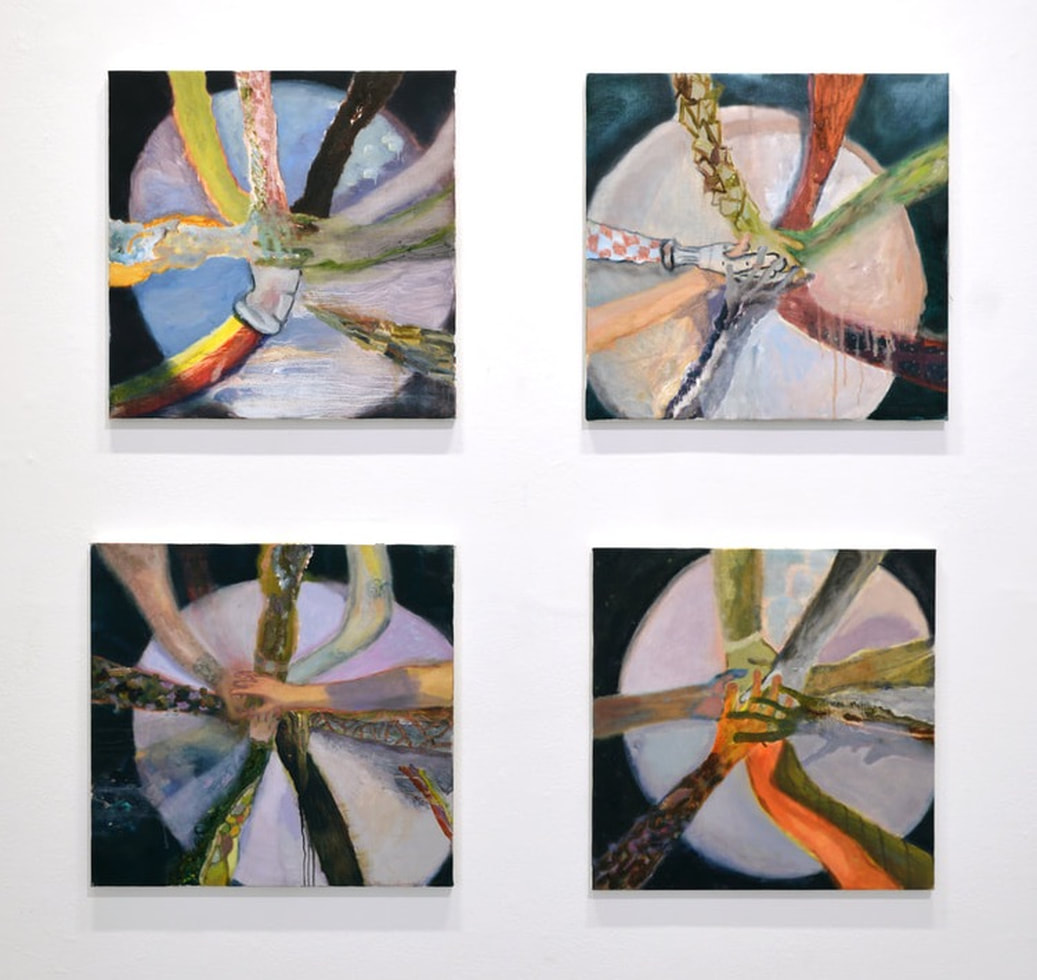 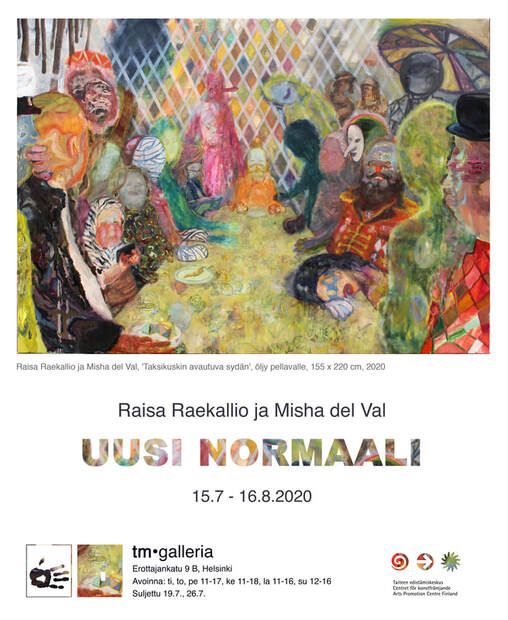